Little did we know 14 years ago that our search for summer child care would forever tie us to the Czech Republic. It was a link through our children’s small Christian school – and fate – that brought Pavla to us. What started as just a summer job ended with inviting her into our home for her final year of post-graduate studies as a member of the family. Her babysitting duties were over.

Despite having to part at the end of that year, we have remained firmly connected ever since. We took the kids over to see her the following year, and we were warmly embraced by her entire family. Rich and I have returned several times since, most memorably for Pavla’s wedding. There we were honored to be recognized as her “American parents” and enthralled with the Czech wedding traditions. Nine long years have since passed. We were overdue for a visit. 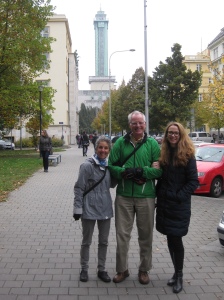 It was a joyful reunion on the train platform when we arrived in Ostrava. With tight hugs and emotions raging we looked forward to an entire week together. Soon Pavla was ushering ushering us into their new apartment in central Ostrava. We marveled at the remodeling her husband Pavel had done, transforming it into a bright modern home. But more importantly we met their young daughters for the first time, Elenka and Beatka. Their English may have been limited, but we had little trouble connecting with them. Sharing their pet bunny and playing board games involved no language barrier.

Despite the passage of time, regardless of Pavla now shepherding a family of her own we instantly felt at home. And we were quickly assimilated into their family routine. Our time revolved around Pavla’s availability, as the realities of work, mothering and running a household took precedence.  Early on we accompanied Pavla on her rounds to pick the girls up after school. It gave us the unique opportunity to peek into their classrooms and get a glimpse of their day at school. 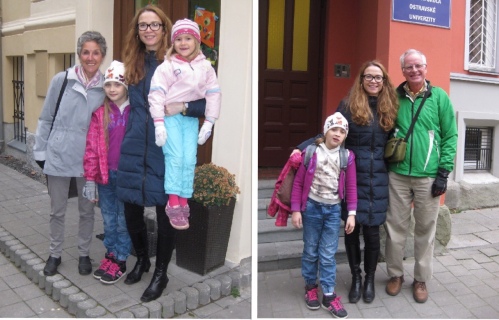 When left to our own devices, we happily reacquainted ourselves with Ostrava.  Far from being a tourist town, we enjoyed the fact that we never saw other Americans and immersed ourselves in the life of an ordinary Czech city.  It didn’t take me long to get to know the coffee shops, and I enjoyed meandering along the city streets admiring the local architecture. The age and location of the city alone provided plenty for me to see.  My favorites were the colorful detailed buildings and the onion topped towers. 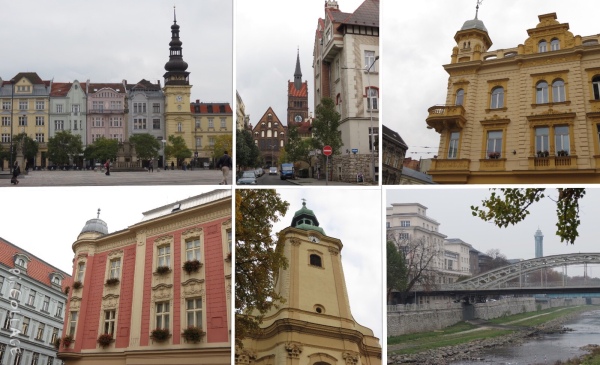 We rambled along the Ostravice River daily, walking its banks until it reached the countryside on each end. The fall colors were vivid, enhancing its appeal and cancelling out the gray skies. 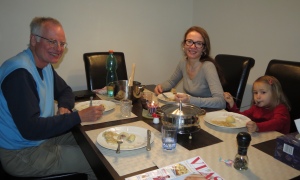 We were fortunate that Pavla’s job teaching business English in the local university gave her a varied schedule. And we made the most of her free hours. She made sure we got out to see some sights, so we took the girls to the zoo and visited the Tatra Museum in a nearby city. As always Pavla spoiled us by making Czech meals, remembering the foods we most enjoyed. But the best times were the quiet hours we had together. Spending a morning over coffee visiting. Having an evening together when the girls were happily playing. Accompanying her on errands in the city, always walking. Those were the moments when we relived memories. Laughed together. Analysed life. And treasured.

As always, the time went too quickly and it was hard to leave. Instead of saying goodbye, it felt better to say “See you soon.” Because I know we will. And I know we always have a home in Ostrava. 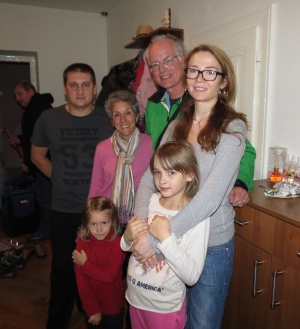