Anticipation is half the fun of taking a vacation. And in dreaming about that upcoming adventure everything is always perfect. The weather, the activities, the food and lodging, the scenery. When bike touring, throw in good roads, little traffic, easy navigation and smooth riding. Today, day one of cycling in Norway, was all of that and more.

Our route took us 62 kilometers from Tromsø to the far outer edge of that region of Arctic islands. Starting off with 22k on a wide bike trail was an unexpected bonus, and a nice way to ease into the ride. That was followed by roads that got narrower the further afield we got, yet cars always made room for us. I couldn’t help but wonder how they could have such good pavement when they have brutal winters like ours.

Most of our biking followed water. First we skirted the outer edges of the islands as we moved from one to another. As long as we were next to the water, it was easy flat riding. Yet we had plenty of mountains to ogle in the distance. 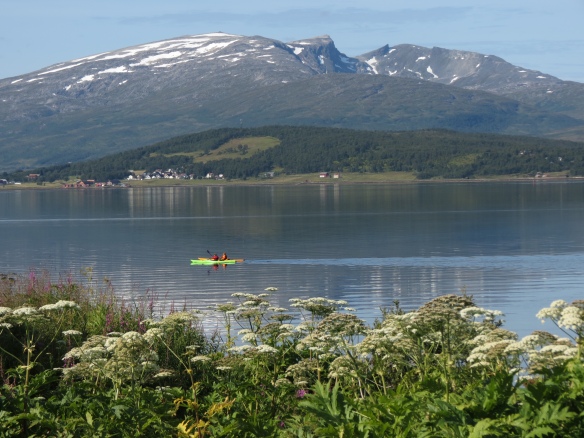 Moving inland, we had a steep climb to get up into a mountain valley. Just like Duluth, as soon as we left the water it got warm! Traveling down the valley the rocky outcroppings were dotted with pools of leftover snow and ice. 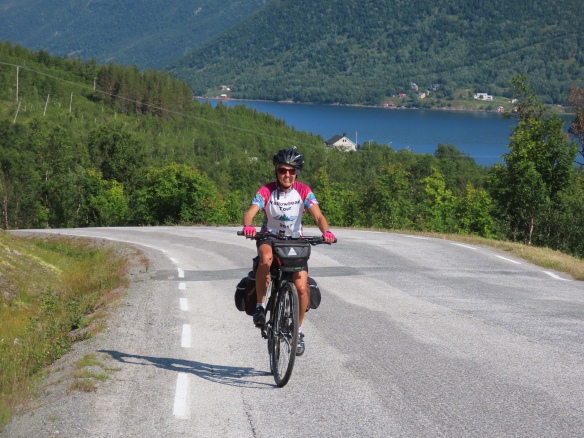 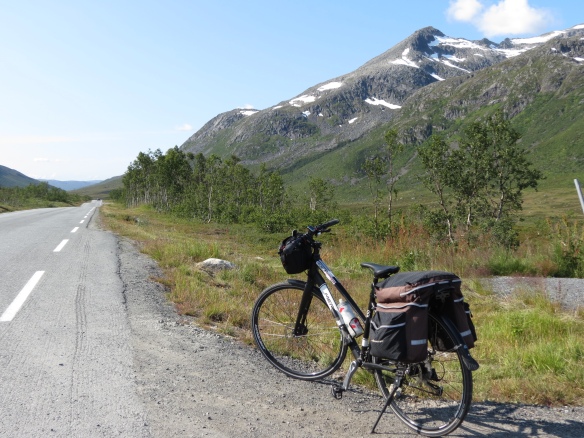 At the end of our descent at the far end, we met Nordfjorden. We cycled right on the edge of this fjord where a narrow band of azure blue water followed the shoreline. My favorite part was going all the way down one side and back on the other around a narrow inlet lined with houses and boats bobbing in the water. The tidy colorful houses with steep roofs epitomized my expectations of a Norwegian scene. Even the lawn ornaments complied. 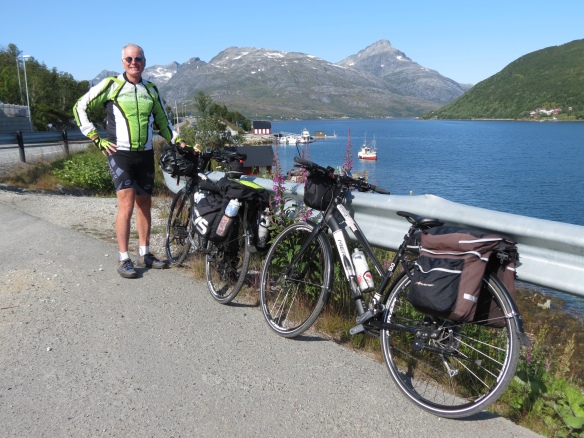 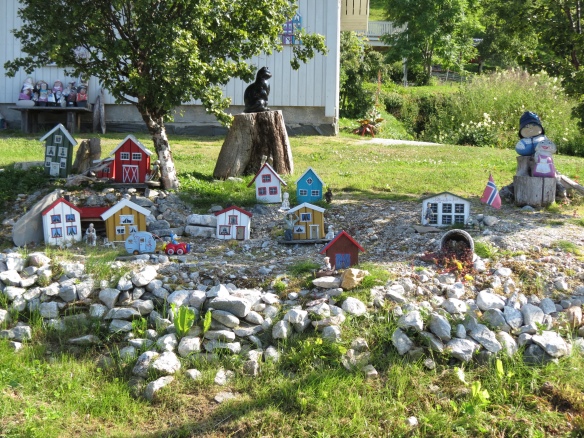 That let to wider sections that eventually opened out to the open sea. The stiff ocean breezes were chilly but invigorating! 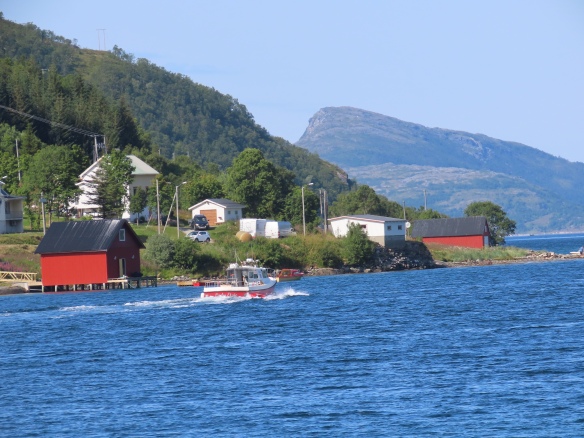 Our final stretch took us out to a small island facing the sea. More azure water greeted us in the sheltered areas, along with sandy beaches. It seemed a study in contrasts. 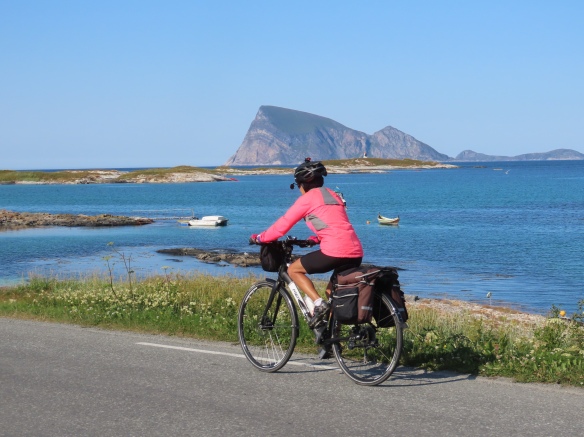 Reaching our lodgings on a quiet cove while still under clear blue skies clinched it. Cycling in Norway was all I’d envisioned it to be. And then some. No matter how the rest of the tour goes, the first day attained perfection.