It started with the need for a rest. Although we were zeroing in on our destination for the day, battling the headwinds had taken its toll and we needed a break. I wasn’t particularly interested in the historical marker. It just looked like a good spot to pull over.

Once there, I couldn’t ignore the display. Lining the path to the monument, information signs brought me up to speed on the Texas War for Independence from Mexico. It so happened that the locals were holding a canon than the Mexicans believed belonged to them. And so came the battle cry, “Come and take it!” We were standing near the spot where the first shot was fired. And ultimately the Texans prevailed. Cool story. And still a good place to rest. 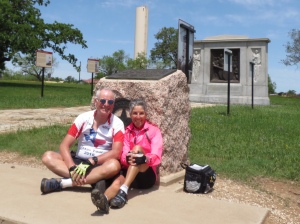 Arriving in Gonzales, I was suddenly very glad for my history lesson. The canon, first shot and “Come and take it” were prominent everywhere – flags, business names, government building plaques and even sidewalk garbage bins proudly displayed these symbols. Best of all, we had chosen to stay in an old historic hotel right on the town square. 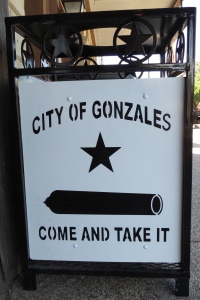 Having just come through a number of small towns with little to see, we were hungry for more interesting sights. So we made a pact. No roadside motels on the neon strip if we can find accommodations right in the center of town. Even if it meant spending more for it. It certainly paid off in Gonzales. I spent the lovely sunny afternoon wandering its historic streets.

The majestic county courthouse dominated the town square, with other impressive government and private buildings flanking each side of it. Wandering down the street away from the square I found evidence of a very prosperous town. Huge homes with turrets, Victorian houses painted in brilliant colors and stone mansions lined the street. Even more modest size homes made a statement with their classic lines. And an old Mobil station returned to its former glory. 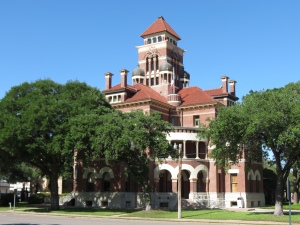 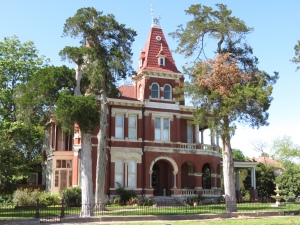 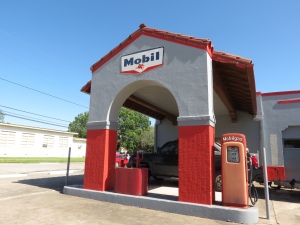 Parks were in abundance, as were monuments to their war heros. The thriving town square offered many choices for eating, drinking and music. We were drawn in by the country music band members that told us “We don’t play anything from this century.”  Listening to their tune capped the evening, 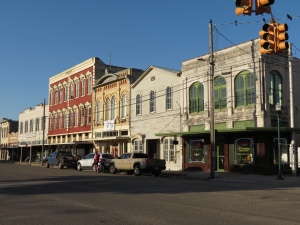 We hadn’t originally planned to stay in Smithville, but found a Warm Showers host there. By the time we learned he was not available, we were sold on the place. Following our new mantra led us to The Katy House B&B, just a block off Main Street. The stately brick home built in 1909 has been revitalized as a welcoming and comfortable inn. 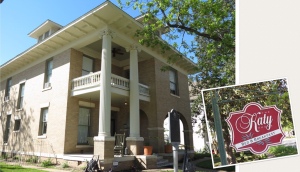 My radar (and advance sleuthing) told me Amy’s Ice Cream was just down the road. The legendary local spot was humming with activity, and we eagerly joined the crowd. Rich creamy cups of ice cream soothed away the heat of the day. 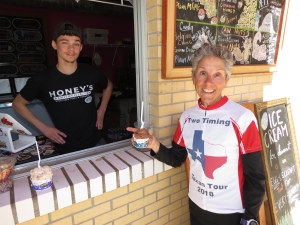 It was the arrival of the railroad that caused Smithville to boom and prosper, spawning more beautiful large homes. Today it exudes an aura of vitality and pride. Its Main Street is lined with colorful shops and restaurants, and ends in a park with a picturesque gazebo and railway museum. Walking the streets and taking in the local activity from a rocker on the porch of the B&B, I could sense the town embracing its history yet thriving in the present. 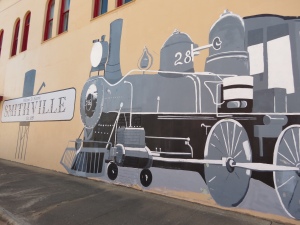 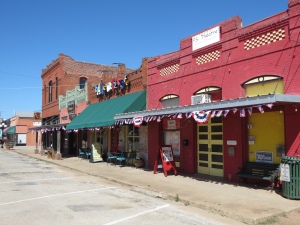 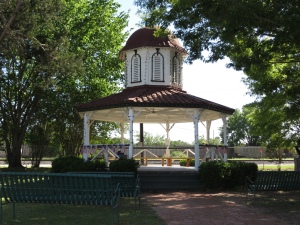 Not every town we cycle through has a glorious history. Not every town is prosperous. But staying in the heart of the community and taking in the local scene makes for a much richer experience.